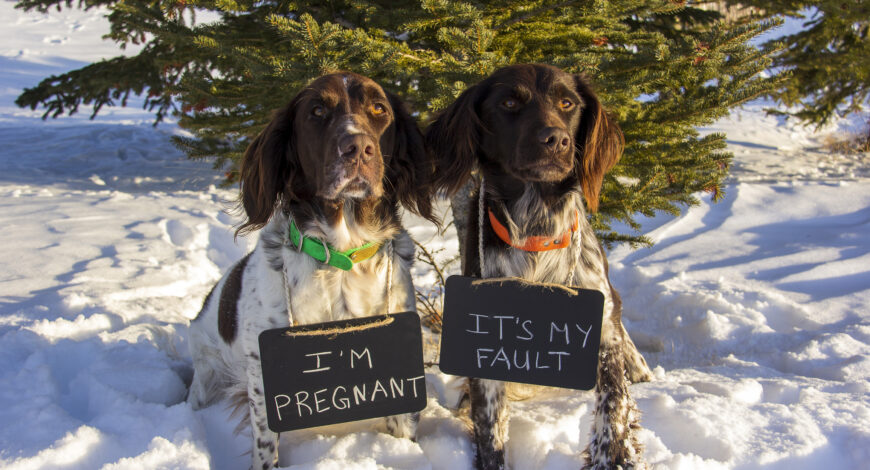 We are extremely excited about our J litter cross as it involves our two Dutch imports from the Chesannehof kennel in the Netherlands. We had planned on breeding Eden last winter but she spent three months in Idaho chasing chukar partridge, quail, Hungarian partridge, pheasants and grouse with Toby’s sister and brother in-law. Eden decided to cycle a month early and so timing just wasn’t in our favour.

Elyta Wyatt VD Chesannehof is a female we imported from the Netherlands, spring of 2018. She is a willing and cooperative dog that loves to please. She naturally quarters in the field and has been a natural retriever at a young age. Her first hunting season was spent in Saskatchewan playing the waterfowl game. She spent her second hunting season in Idaho hunting chukar, quail, pheasant, ruffed grouse, Hungarian partridge, and sharp-tailed grouse.  She is an exceptional hunting dog on feathered or fur, on land or in water. She is an affectionate dog, loves children and anyone who will pet her. Eden ran her NAVHDA Natural Ability test at seven months of age and earned herself a 101 PII. She ran her UPT the following summer and earned a 132 PIII.

Camilo Matice VD Chesannehof joined our kennel in 2017.  Both of Camilo’s parents have done extremely well in their hunt tests and conformation shows. Camilo is a hard hunting and cooperative dog.  He is eager to please, intelligent in his hunting and will hunt for you all day if you let him. Camilo earned a perfect score on his NAVHDA NA test, ran his UPT test summer of 2019 earning a 162 PIII and a 172 PII in his UT test summer of 2020. He has a very staunch point and has been a natural retriever both on land and in the water from a very young age. Milo is one of Tanner’s go to dogs to guide with and has proven himself in the field on pheasant, quail, Hungarian partridge, ruffed grouse, sharp-tailed grouse, and various waterfowl.